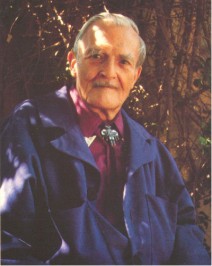 The legendary Milton Erickson, the famed Hypnotherapist, was renowned for his ability to assist people in making dramatic personal change.  For people who didn’t recognize what he was doing, Erickson simply told stories, parables, or jokes.  Others recognized there were deeper patterns at work.Erickson made it look so easy he even fooled the experts.  Erickson’s student Ernest Rossi watched Milton work with a client and recorded the hypnotic induction step by step in the book, “Hypnotic Realities.”  But when it came to observing work with the client, Rossi abruptly broke off the transcript and wrote… at this point Dr. Erickson began to tell a story.Even one of Erickson’s top students didn’t recognize these brilliant patterns when they were used…and neither will the people you work with.Many years ago, in one of his classic cases, Erickson had a client with a severe case of premature ejaculation.  He was unable to enjoy a normal sex life because of his problem.

The man was very embarrassed about his problem and was unable to openly discuss his problem with Erickson…so the master told him a story.

Erickson discussed the case in an article “A Study of Experimental Neuroissis Hypnotically Induced in a Case of Ejaculato Praecox” which was published in the British Journal of Medical Psychology in 1935.  Those were fancy words for Erickson telling the man a specially constructed story.

Erickson stunned the research world with his paper.  Luminaries such as Margaret Mead and Gregory Bateson begged Erickson to explain exactly how he developed his complex story.  Erickson devoted an entire article in 1944 revealing his process and yet…

his process was so difficult and complex virtually no one was able to use Therapeutic Metaphor as a treatment modality other than Erickson.

Until David Gordon came along and cracked the code and made Therapeutic Metaphor accessible to all.

The Power of Metaphor

Metaphors are more than a way to talk about an experience.  Metaphors are our experience.  They set the filters through which we perceive and make sense out of the world.  Because of this fact, metaphors serve as powerful levers capable of shifting perception and experience.  As a result, you can transform people’s behavior.

Therapeutic Metaphors are specially designed stories which are a simple yet ideal tool for overt or covert change.  You see, people see themselves in the stories they hear and become part of the story.

So the real power of Therapeutic Metaphor is designing an elegant story which can ignite great personal change.

Erickson discovered when he told stories, he totally bypassed conscious resistance.  Telling Therapeutic Metaphors is very similar to planting a seed.  Some spring forth immediately while others only work over time.

The real beauty of Therapeutic Metaphors is their ability to affect deep and lasting change in an indirect and even covert manner.

This means when you tell the Therapeutic Metaphor, no one need ever be aware of your intent.  And you can help people make profound changes in their lives, without them ever knowing you did a thing.

Here’s how metaphor works.  There are two kinds of metaphors: isomorphic and universal.  In an isomorphic metaphor there is a one to one relationship between every event in the story and the real world situation.

On the left side of the chart above, you see the real world on the top and the metaphoric world on the bottom.  The real world contains a problem but the client can not determine in a solution.  So the therapist provides a metaphoric world with a metaphorical problem and a solution.The client subconsciously processes the metaphorical solution and applies it to their own life.  They create the solution which fits their life the best.

Although I’ve used Therapeutic Metaphors countless times, there was one case which worked out so well, it surprised me as well.  A family contacted me because their son joined an extreme cult and cut off all connections with the family.  He cut off his telephone because he considered it the work of the Devil.  He would only communicate through the mail.

One day, he invited his brother for a visit.  The young man informed his brother of the terms.  They would sit in the park and silently admire God’s creation – nothing more.  And if this agreement was violated, the visit was over.

So, he couldn’t talk about any of the real important issues and he came to my office with an impossible challenge.  “How can I get through to my brother if I can’t talk to him.”

I wrote a Therapeutic Metaphor and we disguised it as a newspaper article and left it in the young man’s bathroom.  Less than one month later, he returned home to his family.

Yes, it’s an amazing story but you will have this ability as well when you discover the power of Therapeutic Metaphor.

Unlimited Applications And Unlimited Power To Assist Others

Although Erickson and many students of NLP use Therapeutic Metaphor in therapy, there are many other valuable uses including:

Metaphors create a shared language and a shared world in which you can easily and impact fully communicate to others.

And here is the best part, that shared world of Therapeutic Metaphor can become one in which the client finds their own resolution to their problem.  And you can be the one who makes it all possible.

Are You Still Using Outdated Techniques?

In the Glory Days of NLP, David Gordon was one of the co-developers.  He was part of an inner circle with Richard Bandler, John Grinder, Leslie Cameron-Bandler, and Robert Dilts.

But ever since the date of publication, David continued to refine and develop his work.  Unfortunately, only a handful of people have ever been updated on Therapeutic Metaphor.

Imagine if you were still running a computer on PC-DOS 1.0?  You’d be missing out on the power, the elegance, and all the latest developments.

A couple of years back, David presented a rare three day seminar at my offices  in Florida.  It was sold out and people came from all around the world to attend.

Here’s what some of them had to say about the seminar:

We recorded every word on Digital Video and then…I’m embarrassed to say, I put them on a shelf in my office and forgot all about them.  Until David published his new book on Modeling

We’ve found them recently and had them transferred to five DVD’s.  And we have the notes David gave out at the seminar.

But this may be the clincher…

Have you ever heard David Gordon tell a story?  Wow.  David tells Therapeutic Metaphors throughout the program and it’s very easy to adapt David’s stories and use them throughout your own work.  Hey, I use David’s stories all the time and they really work.

A Limited Number of Sets Are Now Available

People paid nearly six hundred dollars to hear David present Therapeutic Metaphor Live.  And they didn’t get copies of the recordings to use for review.

But you can go over these recordings again and again.

This is the only authorized source for purchasing David Gordon’s Live Therapeutic Metaphor training.  Not for six hundred dollars.

Not for five hundred dollars either although it would certainly be worth the cost.

I’ve decided to get these out the door at just $297.  There is no better value in the world of NLP or Ericksonian Hypnosis than this set.

Grab them now and add this powerful (but simple) technique to your arsenal.

But like they say, you snooze, you lose.  Act now.

Now, I know you are going to be thrilled with this set but if you are not for any reason, please send them back within 30 days for a full refund.

Enjoy your journeys with David, 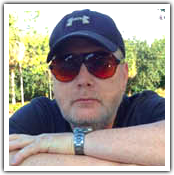 PPS. My doctorate studied Therapeutic Metaphor.  I can tell you these technique really works.  And I proved it in my research study.